The month of fasting Ramadan is observed in a lot of predominantly Muslim countries in Africa, such as Burkina Faso, Comoros, Chad, Cote d’Ivoire, Djibouti, Eritrea, Ethiopia, The Gambia, Ghana, Guinea, Kenya, Mali, Mauritania, Niger, Nigeria, Senegal, Sierra Leone, Somalia, Sudan, Tanzania, Togo, and Uganda, but Ramadan rituals of the northern African countries of Egypt, Tunisia, Lybia, Algeria, and Morroco, which are Muslim Arab nations, have had more effect on the overall Islamic culture. Egypt stands out among those Arab countries and it is said that many of the Ramadan rituals practiced throughout the Muslim world originate from Egypt, where past customs have been practiced for generations.

Although Egypt is not an entirely Muslim country and it has a sizeable Christian community called the Copts, Ramadan is celebrated remarkably interestingly like which you cannot find in any other Muslim nations. The way the Egyptians prepare for the holy month is different from other Islamic countries and it is even said that other nations have copied their customs and rituals. The Egyptians prepare for the blessed month weeks ahead. The markets are full of Ramadan special products including dates, dried apricot paste, dried plums, nuts, and special beverages before Ramadan. They have their own way of celebrating the holy month.

These are the most popular centuries-old traditions in Egypt which are widely practiced in other Arab nations in North Africa and throughout the entire Islamic world. 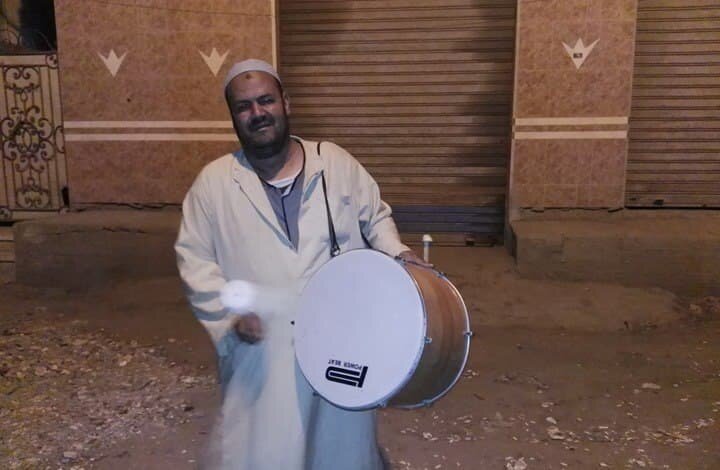 The Drummers or Mesharatis as the Egyptians themselves call them wake the Muslims up to eat a pre-dawn meal (“suhur” in Arabic) in preparation for the fasting day ahead. Each morning during the Islamic holy month of Ramadan, an hour or two before dawn, drummers (Tabbal as they are called in some other Arab countries) walk slowly in the streets with small drums, hammering out a repetitive beat to wake people up to have their Sohour. The Mesaharati wanders the alleys with their drums and sing traditional songs and children play around him with their lanterns and sing with him.

It is believed that this tradition dates back to the Ottoman era when people didn’t have alarm clocks to wake them for Sohour, drummers would walk through the streets beating their drums. They would also sing a rhyming couplet — a reflection of the popular culture.

At the end of Ramadan, although Mesaharaties do not ask for money, people in their communities often give them small tips and even gifts. This custom is still observed as it carries the spiritual aspect of the old Ramadan days. 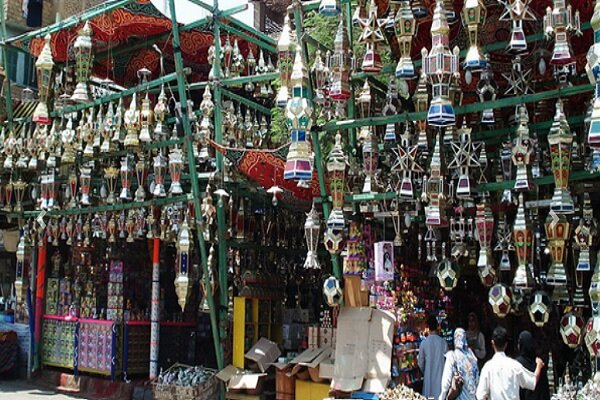 One of the most popular decorative pieces of Ramadan is the lantern (or “Fanous”). The lanterns, made from metal and tinted glass, come in different shapes and sizes. The Muslim Egyptians decorate streets, homes, and balconies with lights, decorations, and huge lanterns.

The Ramadan lantern is the holy month’s main symbol, you’ll never visit an Egyptian home or pass by a neighborhood and wouldn’t find beautiful lanterns, lighting up the place, according to a website that urges visits to Egypt during the Holy month.

While lanterns are no longer used as a source of light, many families and businesses across the Muslim world continue to use them as decorations. according to a report from Egypt, today, only a few dozen traditional lantern workshops remain. 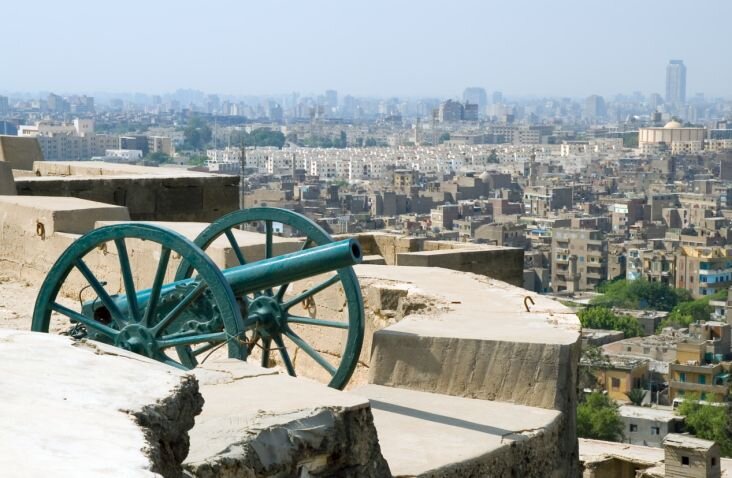 The cannon to break the Fast

Unlike many other Mulsim nations in the West Asia (Middle East) and Central Asia, in many North African countries, a cannon is fired to signal the end of the day’s fast so those who are fasting can eat iftar (the meal that breaks the fast). Some historians maintain that the custom of firing the Midfaa Al Iftar (or “iftar cannon”) originated in Egypt, although, there are different, sometimes conflicting, accounts of when the ritual was established. The cannon is fired announcing the breaking of the fast at sunset. It is said that this tradition began during the time of the Mamelöukes in 1439 and Cairo was the first city in the Islamic world to witness this, a report by Daily Sabah report says. Meanwhile, some believe that it began in the 10th century during the Fatimid caliphate. The more popular story suggests that the tradition started by accident during the Mamluk rule of Egypt in the 15th century.

At sunset, when it is time for Muslims to break their fasting, the sound of a boom reverberates throughout the silent streets of Cairo; it is the sound of Ramadan’s Cannon shooting to signal Al-Maghrib time. For centuries, the ‘madfaa’ or cannon, has been the only method for people to know it’s time to eat. 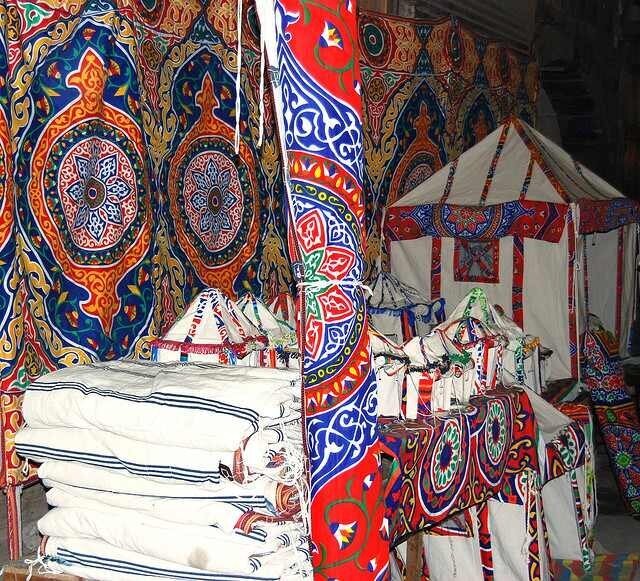 Khayamiya is a type of decorative appliqué textile historically used to decorate tents across the Middle East. In recent years, the textile has become exclusive to Cairo, Egypt, that a whole market called Souq Al-Khayamiya has been dedicated to it.

Khayamiya is an elaborate pattern of colorful appliques, that is primarily used for curtains, covers, fashion, bags, bedspreads, and tablecloths.

One of the most important traditions of Ramadan is when all the neighborhood teenagers and children get together with their parents and work on decorating each street with Zeenat Ramadan. These ropes of colorful bands of triangles go back and forth between balconies, with lanterns and colored lamps, giving the streets a vibe of joy that only Egyptians can relate to.

Food drives the conversation in Egypt during the holy month of Ramadan, and there is a number of traditional dishes that are a staple of each home during Ramadan. These include mahshi (rice and herbs stuffed veggies), bechamel pasta, molokhia, and so much more.

There are also traditional beverages that Egyptians cannot live without in Ramadan, such as Kamar Al-Din (apricot juice), Karkade (hibiscus tea), and Tamr Hindi (tamarind). 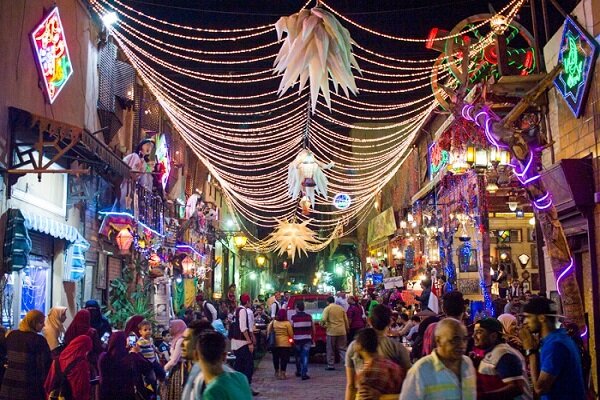 Like Iran, Egyptians watch TV series that are made for and broadcast especially during Ramadan. This is a rather recent tradition which is called Mosalsalat in Egypt. These Egyptian or Arab-made series that people watch during Ramadan. Almost all good, memorable series have been shown for the first time in Ramadan. The reason why Ramadan has become a season for series is that most Egyptians after iftar stay at home and watch television. Therefore, almost all television directors and producers jam their work throughout the thirty days of Ramadan.

After Ishaa (nighttime) prayers, Egyptians, go to mosques to say Tarawih prayers each night during the holy month. People from all different age groups including men, women and children attend these prayers.

According to reports by some Egyptian websites, recently, there’s a new phenomenon which is searching for the best match and looking for a spouse through Tarawih prayers where mothers look for brides for their children who get to see them during Tarawih prayers. Also, young men and women recently go to Tarawih prayers well-dressed hoping to find the one and only spouse during that time.

Restaurants and hotels have harsh competition with each other as they serve Iftar and Sohour meals with traditional Arabic music where families and friends can enjoy eating until sunrise.

Furthermore, in Egypt, during the holy month of Ramadan, there are different football tournaments held across the nation. Every club, youth center, or football field has a football tournament throughout the thirty days of Ramadan. These matches are played late at night around 12 AM, are highly competitive and are usually after which players can go have Sohour together.

Rewriting the wrongs – language that is not gender-inclusive

How To Build Political Parties …And a Bit About Deborah